$5.28 trillion+ in assets from the Earth Sovereign Wealth Fund have been pledged to back the value of the Earth Dollar. The Earth Dollar is a sovereign currency that powers a new alternative Living Economic System built on the world’s fastest blockchain that generates new wealth, prosperity, and abundance by restoring and revitalizing the Earth.  The Living Economy flips the global economy from extraction to restoration. 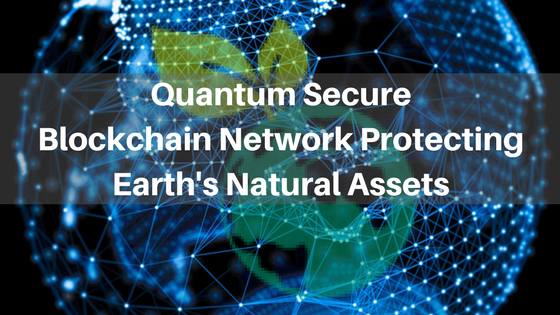 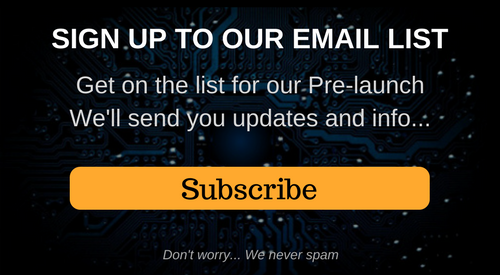 The Earth Dollar is the “world’s largest asset-backed carbon-negative community currency” that powers the “world’s fastest decentralized supercomputer (blockchain)” which can process 1 million transactions per second. The Earth Dollar provides liquidity to reinvigorate the global economy ravaged by the impact of the COVID-19 pandemic, climate change, unsustainable cities, the extinction of species,  joblessness, poverty, rising cancer, and disease rates, and other crises. Increasing global liquidity through the Earth Dollar is one of the best ways to deal with these crises, without countries incurring more debt and burdening taxpayers

The Earth Dollar is a currency based on Love which carries the highest, purest intentions for Mother Earth and all life that dwells on her. Since Love can be an abstract concept to quantify,

The Living Economy will be the opposite of our present Extractive Economy. Planet Earth can no longer support an extractive economy that continually promotes exponential economic growth on a finite planet that is centered on death and destruction.

The Earth Dollar is designed to take action on our planetary environmental, humanitarian, and climate emergencies.

The Earth Dollar is anticipated to be the largest deployment of natural capital assets on the blockchain, to achieve the Enhanced Sustainable Development Goals (SDG).

The idea of natural capital assets being valuable is going mainstream. Water futures started trading on the Chicago Mercantile Exchange in December 2020. On January 21, 2021, His Royal Highness Charles, The Prince of Wales formed a Natural Capital Investment Alliance to invest billions of dollars in natural capital opportunities. In March 2021, the United Nations adopted the SEEA Ecosystem Accounting at its 52nd session as a framework to integrate natural capital in economic reporting. In September 2021, the New York Stock Exchange (NYSE) announced a partnership with the Intrinsic Exchange Group (IEG) to list up to $125 trillion annually in Natural Asset Companies (NACs) publicly. NACs are a new category of organizations like the Earth Dollar which holds Natural Capital Assets. On December 21st, 2021, the Mexican Ministry of Finance announced they are creating a new cryptocurrency backed by $3.6 trillion of natural capital assets similar to the Earth Dollar. The Earth Dollar is an idea whose time has come.

$5.28T USD in assets of gold, silver, platinum, palladium, rhodium, natural capital, and creativity via NFTs has been pledged by the Earth Sovereign Wealth Fund to back the Earth Dollar. Each Earth Dollar will be backed by $30 US value in assets.

Earth Dollar is built on the world’s fastest Decentralized Supercomputer (with 5th Generation Blockchain Technology) that can process up to 1 million TPS. It can be faster than Visa & MasterCard.

The Earth Dollar has the potential to be used by up to 370 million indigenous people worldwide as the national currency of Free Nations, a new federation of 1,000 Indigenous Nations.

The Earth Dollar is anti-inflationary because we have incorporated an artificial intelligence controlled mechanism to ensure the Earth Dollar buying power remains constant when it hits the highest exchange value.

Earth Dollar is a self-regulating currency protected by the Mother Earth Constitution and treaties. It is expected to become the world’s first truly self-regulating blockchain that is governed by its own laws.

Earth Dollar is “carbon-negative” & supports the Enhanced Sustainable Development Goals, including overcoming poverty and creating a sustainable world. The Earth Dollar has upgraded the Goals to reflect a thriving planet.

Earth Dollar’s support for People, Planet, Prosperity, Purpose and Philanthropy will make it the greatest asset-pegged currency on Earth, designed to restore and preserve the planet.

We will utilize smart contracts & DApps on the blockchain to facilitate, verify, or enforce the negotiation and performance. Natural Capital Assets will be coded into smart contracts, to create Smart Asset Tokens to support the value of Earth Dollar.

Our vision and mission to End Global Poverty and to create a sustainable world never changes, however this is merely a snapshot of our plans.*

*Note: This is a Living Roadmap and the roadmap below is merely a snapshot of our initial plans. A Living Roadmap, also known as an evergreen document or dynamic document, is a document that is continually edited and updated. As a Living Roapmap we encourage open collaboration within the Earth Dollar Association to refine our plans. This Living Roadmap is expected to evolve through successive updates, be expanded as needed, and serve a different purpose over time. This Living Roapmap will change  through revisions that may or may not reference previous iterative changes. We therefore reserve the full right to make any type of changes, modifications, additions, subtractions, and revisions to this Living Roapmap. 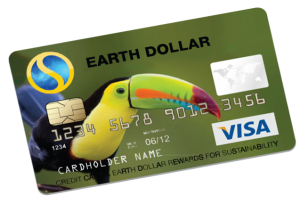 EARTH DOLLAR WILL BE SPENDABLE IN MILLIONS OF LOCATIONS WORLDWIDE!

By monetizing and restoring the natural assets of the Earth, we can help overcome global poverty and create a sustainable world.