Official Press Release on the Firing and Police Report on Alisha Forrester Scott
by the Board of Directors of the U.S. Blockchain Association, etc.

Las Vegas, Dated September 16, 2021. This Press Release is a “Red Alert” for a dangerous culprit named Alisha M. Forrester Scott, an independent disgruntle Ex. Consultant (worked for only 4 months). Certain Board Members of the US Blockchain Board and its associates have received death threats, murder threats, extortion attempts, harassments, stalking, bullying, racist comments, defamation, and other harmful actions on August 9, 10, 11, 12, 13, 14, 15, 16, 17, to September 8, 2021, and still ongoing by a person allegedly acting on behalf of Alisha M. Forrester Scott. At least 8 people and their families we know of have received death threats from the same person, who would allegedly be acting on behalf of Alisha M. Forrester Scott. Police action has been taken.

Alisha M. Forrester Scott has also been stalking, harassing, bullying, making death threats, making murder threats, extorting, making racist comments and making defamatory public comments about the U.S. Blockchain Association (a non-profit organization) (“US Blockchain”), its members and families, suppliers, and associates for the last 3 years, including via social media platform Linkedin and the Internet. Many of said defamatory comments are racist  in nature and can be condemned as a hate crime.

We the Board of Directors of the U.S. Blockchain Association (a non-profit organization), etc. on November 29, 2018, unanimously voted to fire Alisha M. Forrester Scott (aka Alisha Forrester Scott, Alisha Bee, etc.) from the association only after working 4 months as a volunteer. The termination was with cause, as a result of her behavior and the irreparable harm caused to the U.S. Blockchain Association (and continuing to be caused) and to third-party suppliers.

You can find some of Alisha M. Forrester Scott’s racist comments and physical assaults on black people, Asian people and indigenous peoples at her website: https://alishascott.wordpress.com/2021/08/07/living-with-multiple-personality-disorder/

Please find attached some her excerpts:

“I called the cops several times on a Black, Latino or Asian women/men circling my neighborhood and I was called a KAREN. These immigrant predators are so gross and yucky!”

“As a patriot we need to rise up and push back the wave of infestations of Muslims, Asians, Sikhs, Jews, Blacks, Arabs, Hijabs women, Natives, Turban men, Latinos, and Mexicans.”

“Mesfin Zaid is working with David. He is literally involved with some terrible scary people from Africa (Eritrea and Ethiopia). His family is at the top in Eritrea. He is a grade A scammer as well…”

“… I was kicking an Asian woman on the streets. I don’t know anything in between. This is very anoooying. Definitely not cooool to know what the F***k happened in between days!!!!”

“I would argue till the black or Hispanic was arrested. I would even make up stories like they assaulted me or attacked me. It’s my word against their word and 99% of the time the police or judge sided with me.”
“The only time I really lost was when I reported a 65 year old Asian woman as a drug dealer when she entered my neighborhood. Big mistake, because she was using a walker and I got in trouble for calling a false alarm. Well drug dealers come in all shapes and sizes; she could have been pretending to use a walker for all I know. Some Asian women would get beaten up for coming around here.”

“I love to meet other patriots who are trying to save the white race from being overrun by immigrants. I am anti-Muslim, anti-Black, anti-Asian, anti-Native, and anti-Brownskin. They need to leave our beloved country.” “While I understand that many black skin, brown skin, yellow skin and red skin have went through being enslaved and treated as cattle herd, there is a usefulness for slavery.”

“I am a modern white female Robinhood. I rob from the rich and colored people and give to the poor (“which is poor me”).”

END_OF_DOCUMENT_TOKEN_TO_BE_REPLACED 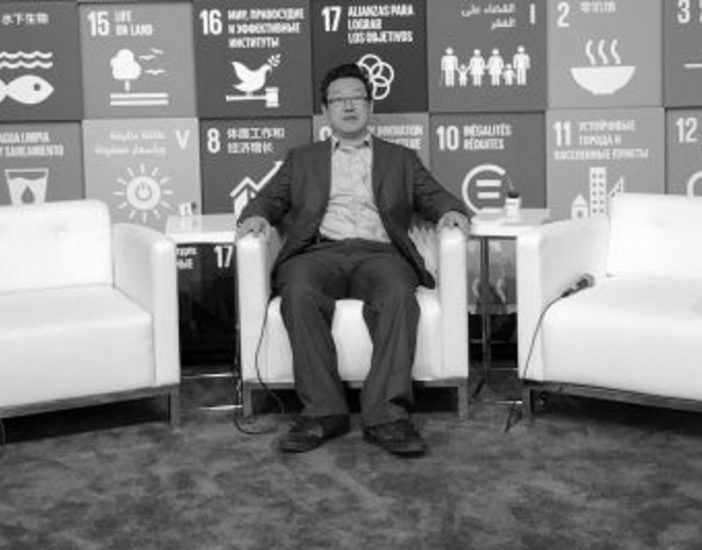 Block Leaders – Natural Capital Assets – What Are They And How Can They Make A Difference?

David Kam is a staunch advocate for the rights of Native Americans and now leads Earth Dollar, a blockchain-based project that might help us improve all natural things around us. He spoke candidly about these issues and more here at Blockleaders.

On the mysticism of nature

The blockbuster movie Avatar (James Cameron, 2009) introduced the world to the Na’vi, the indigenous population of the Pandora moon.

The Na’vi are a peaceful, sapient, hunter-gatherer species whose culture exalts a profound spiritual connection to every lifeform: plant life, animals, and each other live in perfect harmony under the careful watch and guidance of an omnipresent entity they call Eywa.

Eywa’s influence can be felt everywhere. The Na’vi embrace it from birth. Eywa maintains a perfect equilibrium among all species to prevent imbalances in the ecosystem, and ensure that enough food and resources exist to keep Pandora and all of its inhabitants alive.

When technically superior human prospectors arrive at the moon with the intention of exploiting Pandora’s rich and plentiful mineral ores, that equilibrium is threatened. Eywa, as always, finds a way to restore order.

Avatar may be fiction but the Na’vi’s plight does have parallelisms that can be traced to the very real oppression and forced eviction of indigenous Earth populations throughout history. Be it because of the exploitation of natural resources, land seizures, or persecution, our own civilization has engaged in some dark chapters in history.

The preservation of ancient territories against the invasion of technologically superior but naive races has been a constant factor in human struggles. The Cherokee, Muscogee, Seminole, Chickasaw, Choctaw Ponca, and Ho-Chuck/Winnebago tribes suffered greatly because of it during the Trail of Tears. Or the tumultuous history of the Hakka people in China, a tribe which played a significant part in the fight for Singapore’s independence in 1965.

END_OF_DOCUMENT_TOKEN_TO_BE_REPLACED

CEO Money Show – How the asset backed Earth Dollar can restore the environment and overcome poverty?

END_OF_DOCUMENT_TOKEN_TO_BE_REPLACED 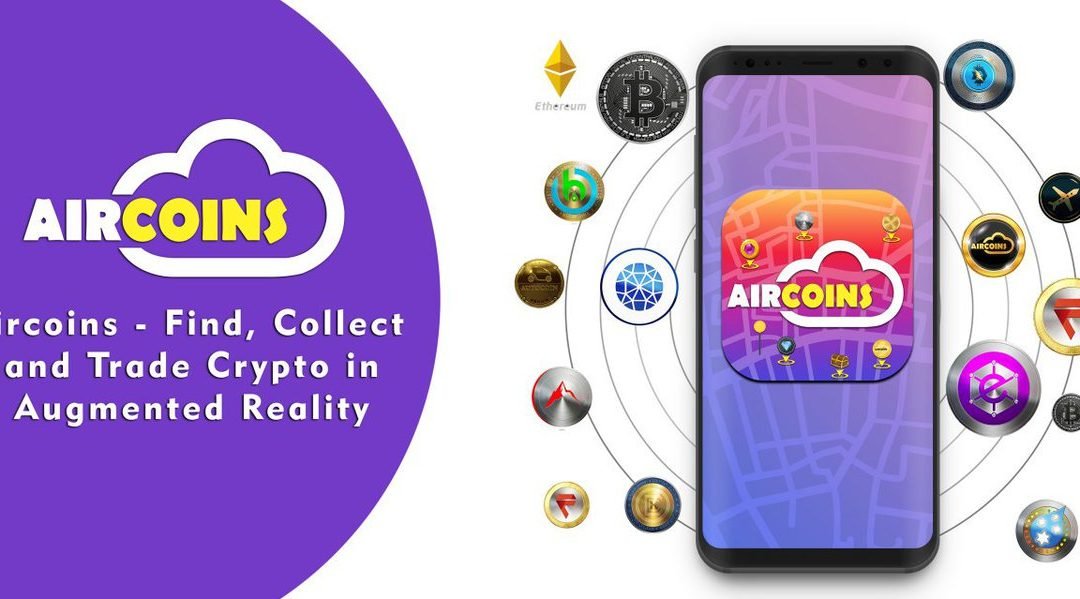 AR, also known as Augmented Reality was first made successful with PokemonGOTM, but now imagine the entire City of Las Vegas will be turned into an AR game using the Earth Dollar and other cryptocurrencies. GoLasVegas! will include both indoors and outdoors venue participation in: casinos, shows, entertainment venues, nightclubs, restaurants, coffee shops and the entire City of Las Vegas. About 40 million tourists, mostly gamers visit Las Vegas every year and this will give them another type of gaming experience.

The GoLasVegas!App will be designed to draw a mass increase in foot traffic to popular tourist destinations such as casinos, by encouraging gamers to collect free money that has actual intrinsic value. The Earth Dollar will be one of the official cryptocurrencies on the GoLasVegas! AR Game.

END_OF_DOCUMENT_TOKEN_TO_BE_REPLACED 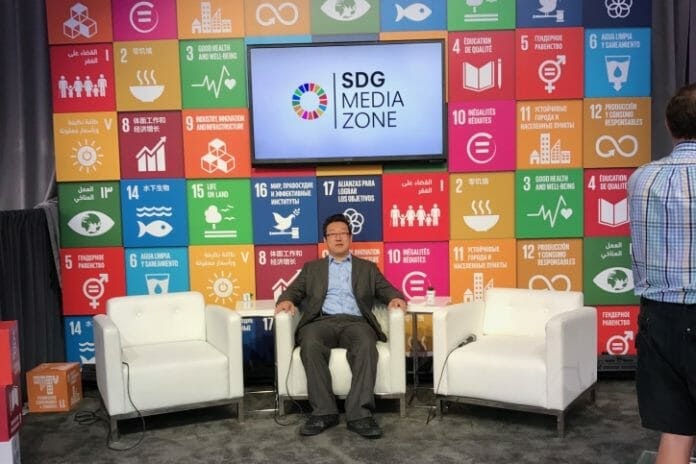 If you lost a sibling to starvation the tragedy might take you down with it – or create a drive to not only avoid a similar fate but to make a difference in the world. This is the tragedy that formed David Kam’s thinking. An immigrant with his parents arriving in Canada, David was very conscious of his ethnic background. A member of the Hakka people from China, his indigenous culture spoke of owning no land, of being a displaced tribe – while Hakka literally translates as “outsiders” or “guest family”.

He studied engineering in Canada before segueing into bottled drinks, creating an energy drink that he called E=MC2 in 1993. He pitched it again and again to Pepsi Cola executives receiving numerous rejections as he was ahead of his time. Finally he found a line manager who had 20% latency on his production line and was willing to take a risk. Within a matter of years, his energy drink was outselling the Pepsi brand and generating greater profit margins.

So far so good. Then, in 2000, Kam experienced a number of further personal tragedies: his father died, his Godsister lost her entire family in an air accident and he had a personal epiphany on what he wanted to do with his life.

END_OF_DOCUMENT_TOKEN_TO_BE_REPLACED

Zug, Switzerland, December 14, 2017. Earth Dollar™ announces its plan to develop a new type of worldwide mesh network on the blockchain for its upcoming alternative “Living Economic System” on the blockchain, which will include a decentralized Earth Bank™ platform. The Earth Dollar™ is the world’s first quantum-secure Sovereign Humanitarian Blockchain Network.

Earth Dollar™ has a strategic partnership with Stealth Grid™ to build the world’s first quantum-secure network, which will run on their proprietary StealthCrypto™ Quantum Mesh Network platform. The partnership will provide simple tools to help institutions, banks, governments and organizations, interface with its blockchain. 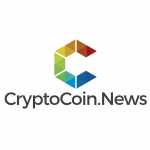 Natural Capital Assets – What Are They And How Can They Make A Difference?, June 23, 2018

THE EARTH DOLLAR HAS THE POTENTIAL TO HELP END GLOBAL POVERTY